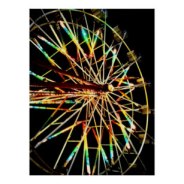 For our poetry reading tonight I decided to write a poem about one Summer night I had when I was 16. It’s not about Adjuncting per se, but it’s about how we lead ourselves into abusive work environments, which is due to either where we’ve been, or how we don’t value ourselves.

I ask that even, if after all the exhortations I have made about doing something for Campus Equity Week, that you still have done nothing, that you at least value yourself.

You are not just the work you do, nor should it ever define you.

Going with the Carnies

One thought on ““Going with the Carnies” A Campus Equity Poem”